Now in its 7th edition, the celebrated Longines Athina Onassis Horse Show is one of the world’s most premier show jumping competitions. Sponsored by the Swiss watchmaker Longines, and orchestrated by rider Athina Onassis, this exceptional event is a favorite stop on the calendars of the sport’s most elite equestrian athletes.

For the seventh year, the Longines Athina Onassis Horse Show (LAOHS) will return to Ramatuelle’s famous Pampelonne Beach, from 27-29 May 2021. This site is well known for its idyllic beauty and has long been a favorite stop among the jet-set crowd.

Mixing glamour with top-level sport, the event takes place just steps from the sea, on a beach shaded by pines. Each year, the show’s world-class facilities are purpose-built for the occasion, including a main arena for the competitions, a practice paddock, horse stalls, a village and VIP area, restaurants, bars, shops, and more.

Beginning in 2018, the Longines Athina Onassis Horse Show joined the ranks of the prestigious Longines Global Champions Tour. This international show jumping circuit brings together the sport’s top equestrians to compete in the most glamorous locations for unprecedented prize-money. The Championship spans three continents, taking in some of the world’s greatest cities—including Paris, London, Madrid, Miami Beach, Shanghai, and Rome—and culminates with a special, year-end event, the Global Champions Playoffs.

The Longines Athina Onassis Horse Show will include two different levels of competition for professional and amateur riders for a total of €617,000 in prize-money. Six CSI5* classes will host the best horse and rider combinations in the world, all aiming for points toward the Longines Rankings. Among these: the Longines Global Champions Tour Grand Prix, with €300,000 in prize-money, and the Global Champions League team competition, where top riders from various countries compete together in high-stakes, multi-round events around the world.

The event will also offer a range of dedicated CSI1* classes for amateur riders, offering the privilege and experience of competing alongside the sport’s greatest names in the same arena. In total, the LAOHS will host 120 riders and 230 horses representing more than 20 different nations.

The beach of Pampelonne was formed thousands of years ago from a long embrace between the Moors granite and the flow of the Mediterranean. Then humans set foot there, and Pampelonne became one of the most famous beaches on our planet. Famous, but still amazing. Today the Longines Athina Onassis Horse Show has the privilege to set up in this mythical place of private beaches and a popular tourist destination for holidaymakers from around the world.

More About the location

The Global Champions League: victory of Madrid in Motion, but “at home’” the St. Tropez Pirates go into the lead of the provisional ranking

There have been some major changes to the provisional ranking, after this 17th leg of the Global Champions League in Ramatuelle - Saint-Tropez! While the Madrid in Motion team (Eric van der Vleuten on Wunschkind 19, and Maikel van der Vleuten on Beauville Z), double clear in this round (six faults overall after two rounds), have just won the thirteenth leg of the Global Champions League, the circuit’s provisional ranking has evolved. The St. Tropez Pirates (Olivier Robert with Tempo de Paban, and Pieter Devos with Claire Z), fifth today (twelve faults after two rounds) are now in the lead. The London Knights (Ben Maher with Concona, and Olivier Philippaerts with H&M Legend of Love, fourteenth in Ramatuelle, with a big score of forty-eight faults after two rounds), go into third place of the provisional ranking. The Shanghai Swans (Peder Fredricson on Zacramento, and Daniel Deusser on Scuderia 1918 Tobago Z, second with the second double clear round in the class, nine faults after two rounds), go into second place of the provisional ranking of the Global Champions League. The class, in which combinations who were not taking part in the Global Champions League also competed, was won by America’s Kent Farrington on Creedance, the fastest of the seventeen clear rounds. As for the French riders, only Pénélope Leprévost and Vancouver de Lanlore jumped clear and finished in eleventh place.

What the riders had to say

Eric van der Vleuten (Madrid in Motion): “My mare Wunschkind 19 is exceptional. I have been riding her for a long time, but I feel like she’s still progressing. Ramatuelle - Saint-Tropez is our second victory in the Global Champions League in France, after the one in Cannes.”

Maikel van der Vleuten (Madrid in Motion): “It’s obviously fantastic to win a second leg with my father. But today, family means more than the victory We both had to jump clear. Maybe we were luckier than the others, but that’s the way it goes.”

Fourteen jump-off riders, a single lady rider and an amazing victory for the daughter of the Boss. This evening, as part of the sixth edition of the Longines Athina Onassis Horse Show, the 17th leg of the Longines Global Champions Tour, Bruce Springsteen must have been delighted to be the father of the girl who has made a name for herself by winning her first LGCT 5* Grand Prix, a stone’s throw from Pampelonne Beach. Helped by her exceptional RMF Zecilie, whose handiness must have made many green with envy today, the lady rider finished ahead of all the other competitors! In particular Belgium’s Peter Devos, now the leader of the provisional ranking, who, first to go in the jump-off, jumped double clear and seemed unbeatable. But the daughter of the Boss shaved a second off the time of the rider who she relegated to second place in the class. Even the master Marcus Ehning said to the big winner of the day: “You were f****** amazing!” France’s Simon Delestre, also double clear on his bounding Hermès Ryan, preferred to play it safe and finished in third place. The sixth edition of the Longines Athina Onassis Horse Show finished in front of grandstands which were full and buzzing, with an American victory and the compliments of the President and founder of the Longines Global Champions Tour and the Global Champions League, Jan Tops: “The Longines Athina Onassis Horse Show is an example for all the shows: every detail is taken into consideration and it’s a pleasure to come here both for the riders and the public.” These compliments deeply touched the organiser Denis Monticolo, “proud to belong to the Longines Global Champions Tour and Longines Global Champions League family”.

What the riders had to say

Simon Delestre (FRA), third in the class: “Hermès Ryan did a fantastic job, but I couldn’t go any faster without taking stupid risks.”

Pieter Devos (BEL), second in the class, new leader of the Longines Global Champions Tour provisional ranking: “I knew I had to be in the top 3 today to beat Ben Maher and go into first place. I gave it my all today.”

Jessica Springsteen (USA), winner of the Longines Global Champions Tour Grand Prix of Ramatuelle - Saint- Tropez: “RMF Zecilie was literally flying today! She jumped exceptionally and I’m delighted, especially for her owners. I was the only woman in the jump-off but that’s not what counts: before I went into the ring I just focused on my mare and our combination. Now I can’t wait to ride in the next leg of the circuit in New York, where I’ll competing at home.” 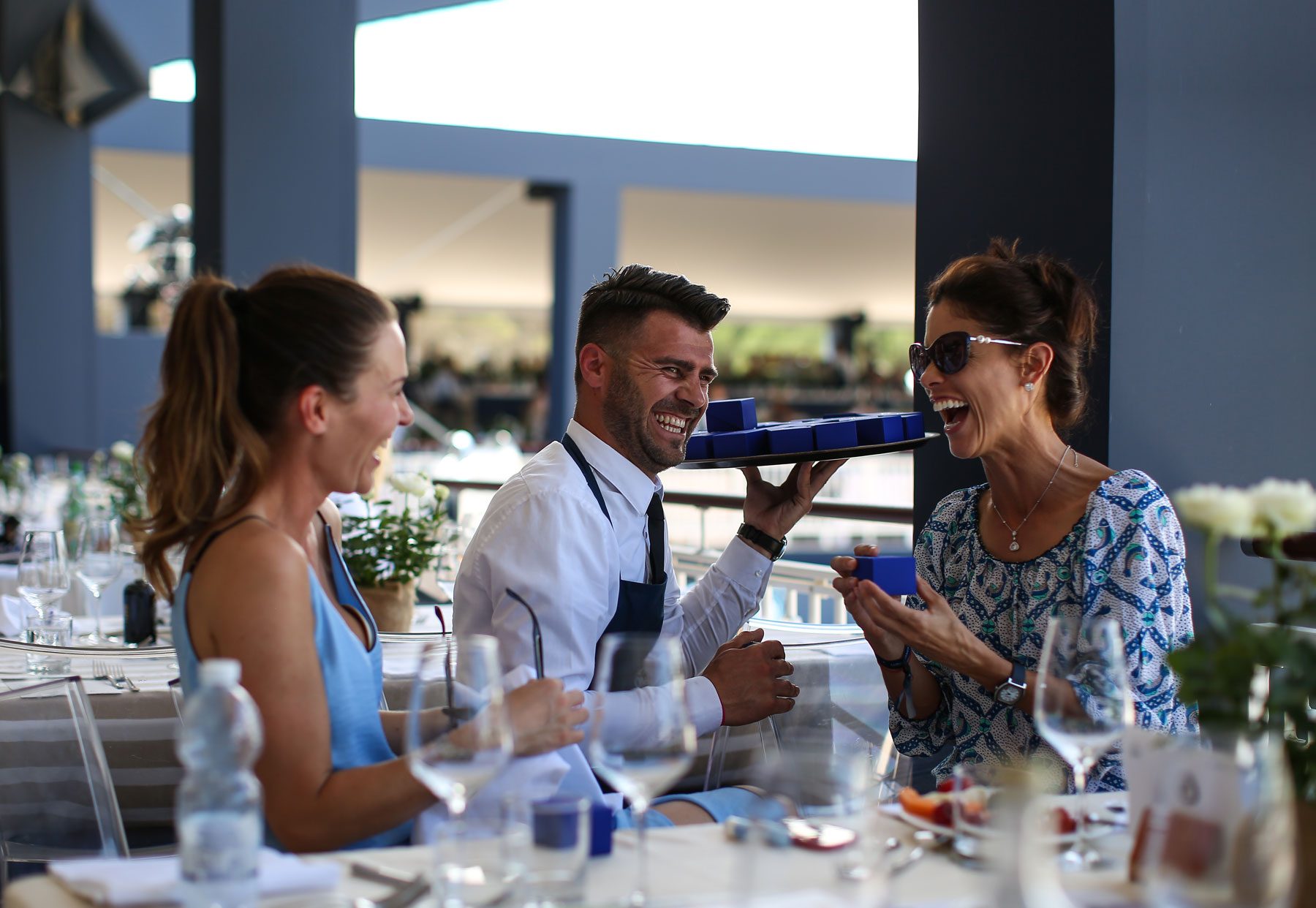 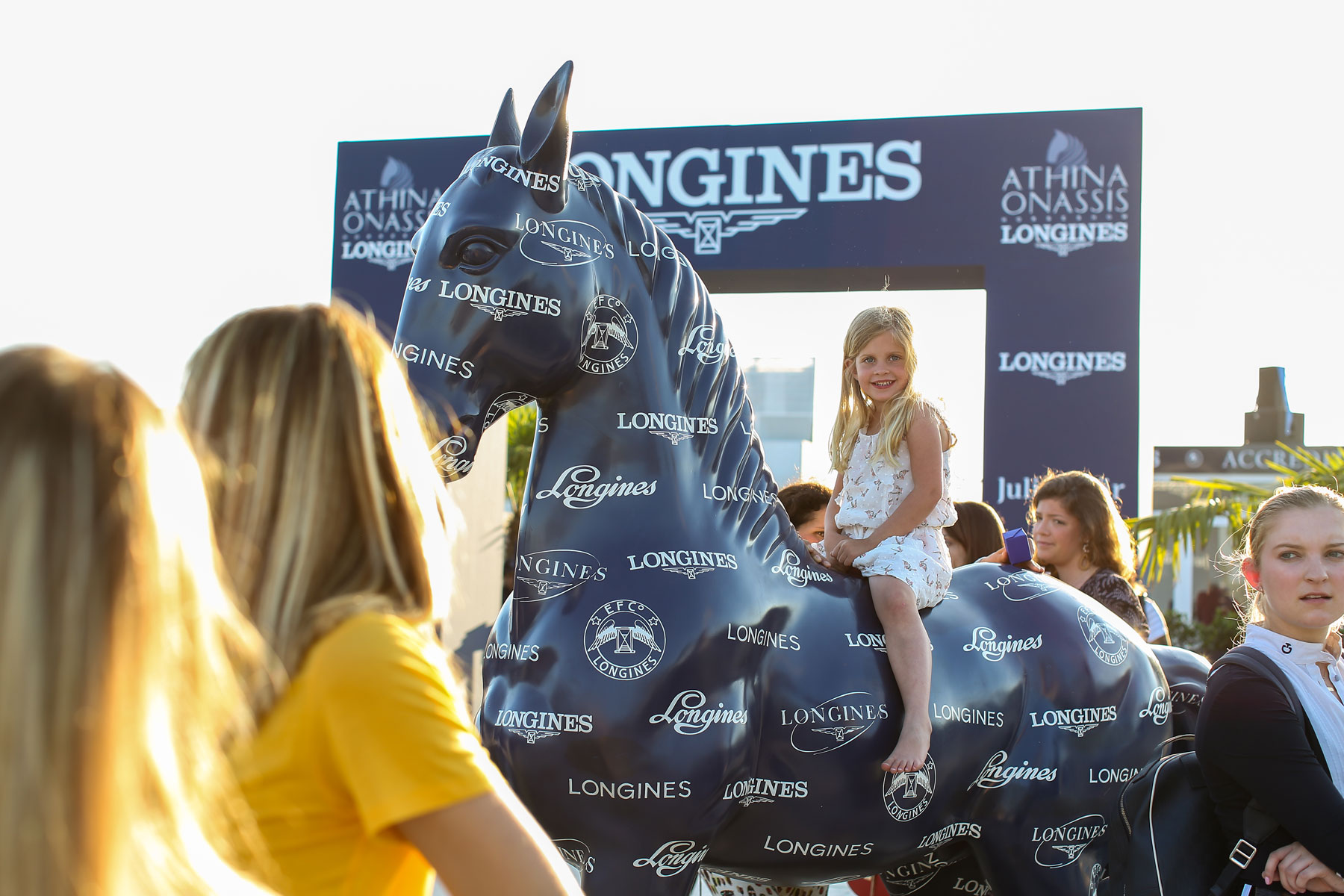 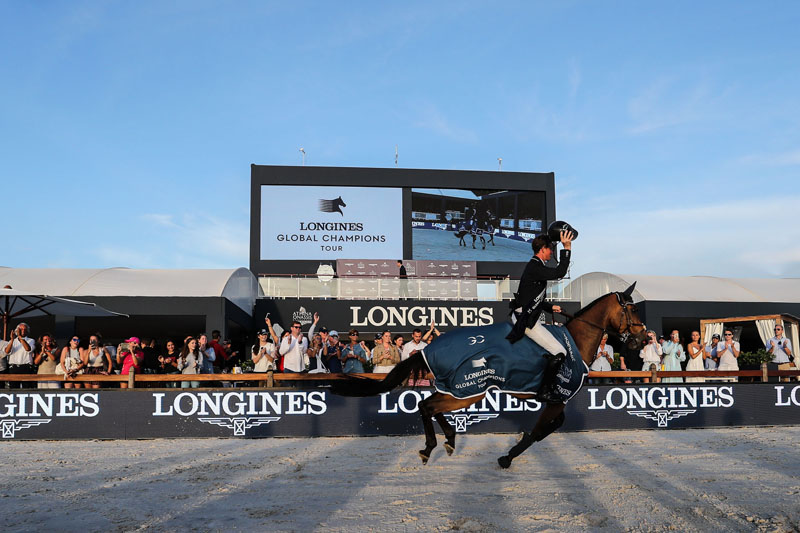